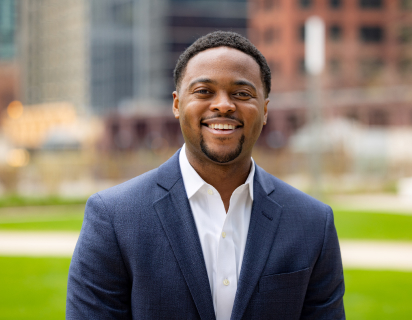 As an Associate on the Investment Team, Jordan focuses on researching, sourcing, and supporting M&A transactions for Erie Street and its portfolio partners, in addition to supporting operational initiatives.

Through a passion for learning and development, Jordan brings an intellectual curiosity to his work. Jordan joined Erie Street in 2021 from Ernst & Young, where he was a Senior Associate on the Strategy and Transactions team. Previously, he was an M&A Business Analyst at Deloitte Consulting. Jordan started his career in General Electric’s intern program, where he developed a supply chain model for the Aviation division’s $1 billion in annual spend.

Jordan is a CPA candidate and graduated from Purdue University’s Krannert School of Management with Distinction, earning a Bachelor of Science degree in Finance and Accounting. He has received numerous academic honors and awards, including the Dr. Cornell A. Bell Award of Excellence, AICPA Legacy Award, and the Emanuel Thornton Weiler Outstanding Student Award.

BACK TO OUR TEAM